Are You Suffering from a Perpetual Solar Eclipse?

Have you ever witnessed a total solar eclipse? The effect is both spectacular and eerie. In the middle of the day, when the moon moves between the sun and Earth, sunlight is temporarily obscured and the moon’s shadow darkens the surface of the Earth. Fortunately, such astronomical events are rare and last only about six minutes. But what if a solar eclipse were an everyday, every minute occurrence? Knowing how completely dependent we are on sunlight, it’s sobering even to imagine how much we would suffer if the moon perpetually obscured the sun’s life-giving energy.

Does all this conjecture seem preposterous? If you think so, it’s time to reexamine your beliefs. The truth is that you are already suffering from a light-depriving, pain-inducing, perpetual “solar eclipse.” And that condition negatively impacts every relationship you have.

Here’s an example. Olivia and George have a 7PM dinner date. In choosing the venue, George, who considers himself quite a gourmet, had rejected Olivia’s suggestions, so even before they meet for dinner, Olivia’s feeling a bit annoyed. As is her habit, and as a matter of courtesy, she arrives at the restaurant five minutes early. But at 7:15 there’s still no sign of her friend, and she’s feeling agitated. Not only is he late, she thinks to herself, but he didn’t even have the decency to call to let her know. She certainly would have called. Finally, at 7:25 George strolls through the door. He offers what she considers to be too casual an apology for his tardiness, and launches into a monologue about how difficult and tiring his day has been. At this point she may appear to be listening politely to his words, but in fact a subtle shift has occurred. She is no longer hearing George’s words. Now she’s reacting primarily to her own anger at George’s self-absorption, insensitivity and seeming disrespect for her time and opinion.

In this hypothetical situation, Olivia experiences an interceding relationship (with her own anger) rather than the face to face relationship with her dinner partner. Tardy George was perceived as being not only late, but as self-absorbed and inconsiderate. A new relationship with judgment and anger came forward from Olivia’s unconscious mind into her conscious mind. This new engagement with anger has effectively eclipsed her light of inner intuitive wisdom and is endangering her relationship with George. Evidently, anger is an ingrained and powerful habit (samskara) in Olivia’s unconscious mind. In the past when her desires have been thwarted, her habitual, learned response has been anger. In this present hypothetical situation, she wanted her date to act in conformity with her mind’s conception of a responsible, considerate adult. When that desire was not fulfilled, anger blocked the Light of her discriminative faculty (buddhi) and diminished her range of potential actions. Without the Light of discriminative wisdom that would have guided her to act in a compassionate and creative manner, she gets seduced by the interceding anger and may find herself responding in defensive and combative ways. Depending on how her body reacts physiologically to her anger, she might also experience painful digestive symptoms, elevated blood pressure, increased muscle tension and shortness of breath.

If we honestly and dispassionately examine our own relationships, most of us will discover that we often don’t see other people as they truly are. Our perception of others is colored by our own habitual mental concepts of right and wrong, like and dislike, acceptable and unacceptable. When we live in such a darkened state of perpetual solar eclipse, our ego is free to mix together a few exaggerated impressions, memories, expectations and judgments, and we eagerly become the agent of that distorting and myopic perspective. As twentieth century philosopher Eknath Easwaran wrote, “The person with whom we have such a relationship should say, ‘That’s not me; that’s your concept of me. If you don’t like it, then you don’t like your own mind.’”

The conscious mind is the seat of our personal identity––all our concepts of what comprises I, me and mine. It is the rational mind that “thinks” and “schemes” about how to fulfill certain desires. Conversely, the unconscious mind is simply a database of learned “programs” tape recorded continuously (even prenatally) during the first six years of life. According to stem cell biologist Dr. Bruce Lipton, author of The Biology of Belief, “If our unconscious beliefs conflict with our conscious desires, which one will win out? The answer is clearly the unconscious mind, for it is one million times more powerful an information processor than the conscious mind, and as neuroscientists reveal, it operates about 95% of the time.” The meaning of Dr. Lipton’s words is crystal clear: when any relationship challenges our concepts of identity, security and happiness, a dark squadron of prerecorded forces from our unconscious mental software streams into the conscious mind and establishes dominion over the rational mind in order to “protect” us.

If all of this sounds like a mental coup d’etat, it is. Unfortunately, the overthrow of the rational, discriminating mind is not without major casualties. We, and all our relationships, suffer greatly––physically, mentally and emotionally.

Even if we earnestly desire to overcome our unconscious conditioning with affirmations and positive thinking, the effort will be futile. The powerful unconscious mind cannot respond in any other way than as the tape player it is. There’s no real “entity” in the unconscious to talk to or reason with. It is prerecorded software; our habits simply replay over and over again whenever it’s “switched on” by a relationship that emotionally challenges the personality.

But the software of the unconscious mind can be changed by accessing and pushing its “record” button. And that’s where meditation can help. A daily meditation practice teaches us how to erase old, unhealthy taped messages in the unconscious mind and also how to record new, healthy messages. In meditation, when we learn to focus our one-pointed attention on the mantra, its unique vibration automatically activates the unconscious record button and registers a new taped message of love, fearlessness and strength that we can draw on in challenging circumstances. That’s why Yoga Science considers the mantra to be the shreya––that which leads us for our greatest good. We accept the mantra as our leader because it empowers us to fulfill the purpose of our lives without pain, misery or bondage to further darkness. John, in the New Testament, taught that “In the beginning was the word. The word was with God. The word was God.” Mantras are subtle forms of God’s perfection and grace.

In addition to providing us the skill to record a new message in the unconscious mind, our meditation practice also teaches us how to erase portions of old, prerecorded material that only bring dis-ease. In meditation, when any thought other than the mantra comes forward from the unconscious mind into the conscious mind, we recognize it as the preya––an ego or sense gratification that eclipses the Light of our Inner Wisdom. When we have a relationship with any preya, we first honor and witness the thought that competes with the mantra and then surrender it back to the Origin from which it has come (a.k.a. God). When we consciously withdraw our attention from the competitive thought, that subtle thought-object (preya) returns to the unconscious mind, effectively erasing a small portion of the old recorded program. When we redirect our attention back to the mantra, the mantra records a new, healthy program that will enhance every relationship.

Meditation is an engineering science. Meditation re-records over our old, unconscious tapes. It frees us from enslavement to fear, anger and self-willed desires by gradually bringing the elusive power of the unconscious under the direct control of the conscious mind. Learning to choose the shreya over the preya during meditation not only benefits us when we sit for morning and evening practice, it also provides us the skills of detachment, discrimination and will power that break the power of habit and prepare us to make enlightened choices whenever an intervening relationship tries to eclipse the Light of Inner Wisdom.

We are all subject to relationships in which our emotional buttons are pushed, our anger is ready to burst and the only thing we can think of is to retaliate with an unkind or judgmental word. But, as our meditation practice teaches, we do not have to remain enslaved to the power of those unconscious forces. The choice is really up to us. True freedom is knowing that regardless of our circumstances, we can always choose to serve the Light of Inner Wisdom rather than the darkness of bondage. When we consistently choose freedom, we live in the Light––even when others insist things are dark. The Bhagavad Gita puts it this way: “The sage awakes to Light in the night of all creatures; wherein they are awake is the night of ignorance to the sage.”

Remember back to first grade when you first learned what to do in a fire drill? The teacher made it clear to the entire class that we must act responsibly, and with a sense of great purpose. After all, if there ever were a real fire, this fire drill could save our lives. We were taught that when the alarm went off, we had to stop whatever we were doing, set down our pencils, brushes, paints or books, line up single file at the classroom door, walk quickly and quietly down the stairs, and then proceed out of the school building to a prearranged, safe location on the sidewalk.

The very same instructions apply to dealing with any interceding mental or emotional relationship that can eclipse our Inner Light of Wisdom.

1. Whenever you are in a relationship with someone and you experience any emotional dis-ease of fear, anger or self-willed desire, respond as if the dis-ease is a fire alarm going off in your awareness.

2. Immediately give your attention to the mantra and enter the safe, witnessing state by withdrawing your attention from your dis-ease and asking the question, “Who am I?”.

3. In a detached, witnessing state, honor the interceding relationship and check with your conscience (buddhi). If the buddhi defines the relationship as a preya, sacrifice it and return your full attention to the original relationship at hand.

4. With one-pointed attention, look for opportunities to lovingly serve the shreya in a non-injurious manner––for both your own sake and the sake of the other party involved in the relationship. 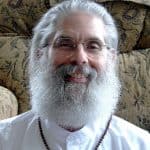 Founder and director of The American Meditation Institute, Leonard is the author of “Transformation,” The Journal of Meditation as Mind/Body Medicine and the award-winning book “The Heart and Science of Yoga®: A Blueprint for Peace, Happiness and Freedom from Fear.” His “Heart and Science of Yoga®” entry-level course has been certified by the Albany Medical College, American Medical Association, the Massachusetts Association of Registered Nurses and American Nurses Association for continuing medical education credit. Leonard has been a student of Yoga Science since 1975 and a direct disciple of mind/body medicine pioneer Swami Rama of the Himalayas.

The AMI MEDITATION® is the Foundation Course for understanding and practicing Yoga Science in modern life.

How to focus the mind on one thing at a time.

• Detachment
How to slow down the mind by increasing the space between stimulus and response.

• Discrimination
How to regularly access “higher knowledge” from the superconscious mind.

• Will Power
How to find the strength to do what’s to be done, and not do what’s not to be done.

• Ahimsa (non-injury, non-harming)
How to love and be loved