LEVEL II:  A profound and thought-provoking film journey into the very heart of Indian mythology, religion, history and yoga philosophy.  In bringing to life the conflict between the Pandavas and the Kauravas, director Peter Brook has crafted an allegory that speaks to the emotions and concerns of the twenty-first century.

Besides its epic narrative of the the Bhagavad Gita’s Battle at Kurukshetra and the fates of the Kauravas and the Pandavas, the Mahabharata contains important philosophical material about the four “goals of life” or purusharthas:  artha (security), kama (pleasure), dharma (duty), and moksha (liberation).  The story culminates in moksha, believed by ancient seers to be the ultimate goal of human beings.  With one hundred thousand verses containing about 1.8 million words, the Mahabharata is roughly ten times the length of the Iliad and Odyssey combined, and has been compared in importance to the Bible as well as the works of Shakespeare and Homer.  It’s more than just a story about kings and princes, sages and wise men, demons and gods.  It’s an Epic about Yoga Science. 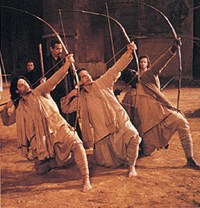 The Game of Dice 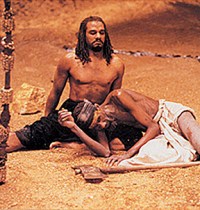 Exile in the Forest & Bhagavad Gita 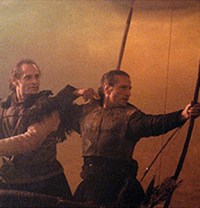