The American Meditation Institute (AMI) an organization devoted to providing comprehensive training in Yoga Science—the world’s oldest holistic mind/body medicine and the core principle of every spiritual tradition—has launched the first ever National Conscience Month. National Conscience Month will take place January 2020, with the mission of encouraging individuals across the nation to practice using their conscience as a guide.

Designed to work in partnership with citizens, governments, school systems, faith leaders, non-profits, community organizations and corporations across the United States, the month-long observance identifies January 2020 as an auspicious time to celebrate and raise awareness about the value of using your conscience as an inspired guide to making better decisions.

In today’s world we know that people are moving quickly and reacting automatically—rather than making discerning choices. Currently there are few coordinated opportunities to teach people how to evaluate options or to use their conscience as a guide. Because of this, we experience dis-ease. We suffer personally and as a culture from ills like addictions, gun violence, chronic and debilitating health conditions, suicide, racism, bigotry, stress, and depression, to name just a few.

The inspiration for National Conscience Month grew out of the Yoga Science “Law of Karma” which states simply that thoughts lead to words, actions and, eventually, to consequences. This law of cause and effect, embraced by all great scientists, from Sir Isaac Newton to Albert Einstein and today’s quantum physicists, is as true and unavoidable as the Law of Gravity.

According to National Conscience Month founder Leonard Perlmutter, “A space satellite has no inner guidance to determine its destiny. You, however, can escape the failings of the culture or your own past mistakes, and thrive in the world, simply by letting the conscience be your guide in thought, word and deed.”

According to Dan Millman, philosopher, acclaimed author, world champion gymnast and featured National Conscience Month speaker, “Everything you’ll ever need to know is within you; the secrets of the universe are imprinted on the cells of your body.”

More resources and information about National Conscience Month are available at ConscienceMonth.org.

Both Leonard Perlmutter, founder and director of the American Meditation Institute, and Dan Millman are available for interviews about National Conscience Month. 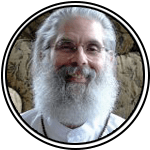 “When the mind does not regularly rely on the conscience, even a ‘successful’ human being is condemned to acting in the world like an automobile that can turn in only one direction. Collisions and destruction are inevitable.”

The AMI MEDITATION® is the Foundation Course for understanding and practicing Yoga Science in modern life.

How to focus the mind on one thing at a time.

• Detachment
How to slow down the mind by increasing the space between stimulus and response.

• Discrimination
How to regularly access “higher knowledge” from the superconscious mind.

• Will Power
How to find the strength to do what’s to be done, and not do what’s not to be done.

• Ahimsa (non-injury, non-harming)
How to love and be loved